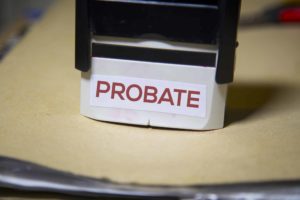 “We object to anyone associated with the shooter's family, or an attorney of their choosing, from being able to gather the shooter’s assets, hold them, and determine how they are disbursed,” said attorney Alice Denton of Las Vegas.  "We are asking the Court to hold the shooter's assets in trust and preserve and protect these assets for the victims."

The Napolin Law Firm, Alice Denton, Jarien Cho, and a team of colleagues filed Wednesday’s objection to block the attorney for Paddock's family from controlling Paddock’s estate “It’s crucial that an independent, 3rd party hold the funds,” said attorney James Lee of Houston. “It’s what had been proposed earlier, but Paddock’s family asked the court for control, so we had to step in.”

“In death, Paddock should not be free to leave his wealth to whomever he chooses,” said attorney Alexander Napolin of Los Angeles. “He should pay the victims’ families, the medical bills of those who were shot and the other damages he caused to all the 22,000 people who ran for their lives that night.”

The team of attorneys who filed the objection to the Paddock family attorney being named Estate administrator will head back to court Friday to move their position forward.

Attorneys—Alexander Napolin, Alice Denton, Jarien Cho, James Lee, Craig Eiland, Brian Nettles and Christian Morris were among the first to file suit against Paddock, and MGM, alleging proper security would have prevented the mass shooting.  They are asking anyone with information related to the shooting, including victims, security or resort staff, to please call them at (909) 962-8414.