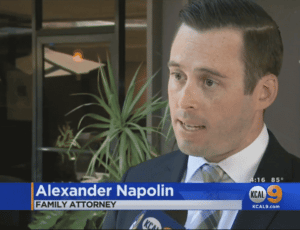 Attorneys for victims of the Las Vegas Shooting will appear in U.S. District Court in Las Vegas next Friday, September 21, 2018, at 9:30 a.m. The hearing is on the Victims' Motion to Remand the Cases back to State Court, according to Alexander D. Napolin, Esq. Shooting Victims Lawyer in Southern California. So, he is encouraging Route 91 Survivors, family and supporters in the Las Vegas area to come and show their support.

Besides that, MGM seeks to avoid any liability for negligence. So, they seek to hide behind a rarely-applied terrorism statute. However, The shooter's motives remain unknown, according to Mr. Napolin. So, after a months-long investigation, the Clark County Sheriff's department released a report. In a nutshell, no conspiracy, no known motive.

Fifty-eight victims died and more than 500 were injured. The anniversary of the mass shooting is October 1, 2018.

Napolin Law, a Southern California Personal Injury Law Firm, represents hundreds of the Route 91 victims. Napolin maintains easily accessible offices in Los Angeles, Orange, San Bernardino and Riverside counties. Besides that, he is monitoring closely the progress of the case. So, if you or a loved one has been a victim of a mass injury incident, call Napolin Law 1+844-984-HURT.