Uninsured Motorist Accident - The California Insurance Code mandates liability insurance coverage for all vehicles operated upon the State's roads. In other words, all drivers and owners of automobiles are required to have insurance. This insurance is to pay victim's in the event they cause a traffic collision. The purpose of this mandated insurance scheme is to help protect society from damage caused by automobiles. It applies to trucks, buses, cars and motorcycles alike. Commercial vehicles, including companies that operate buses, may require higher liability policy limits. In California, the minimum policy for private autos is $15k/$30k, meaning it covers up to $15k per person with a maximum coverage of $30k in bodily injury damages per accident.

Unfortunately, not all drivers have proper insurance at the time of a crash. This could be because they allowed their policy to lapse due to non-payment of premiums. Or it could be because the driver simply chooses to knowingly violate the law by not buying insurance at all. Additionally, many accidents cause damage well beyond the minimum policy limits mandated by California. In situations where no insurance or where there is not enough insurance, uninsured motorist coverage (a.k.a. UMBI) may be available to the victim. Drivers in California are allowed to purchase UMBI to cover bodily injury damages where no or not enough insurance is available. The coverage kicks in upon a showing of no or inadequate coverage from the person who caused the crash. This is an extremely important type of insurance to purchase from your agent if you have the money. 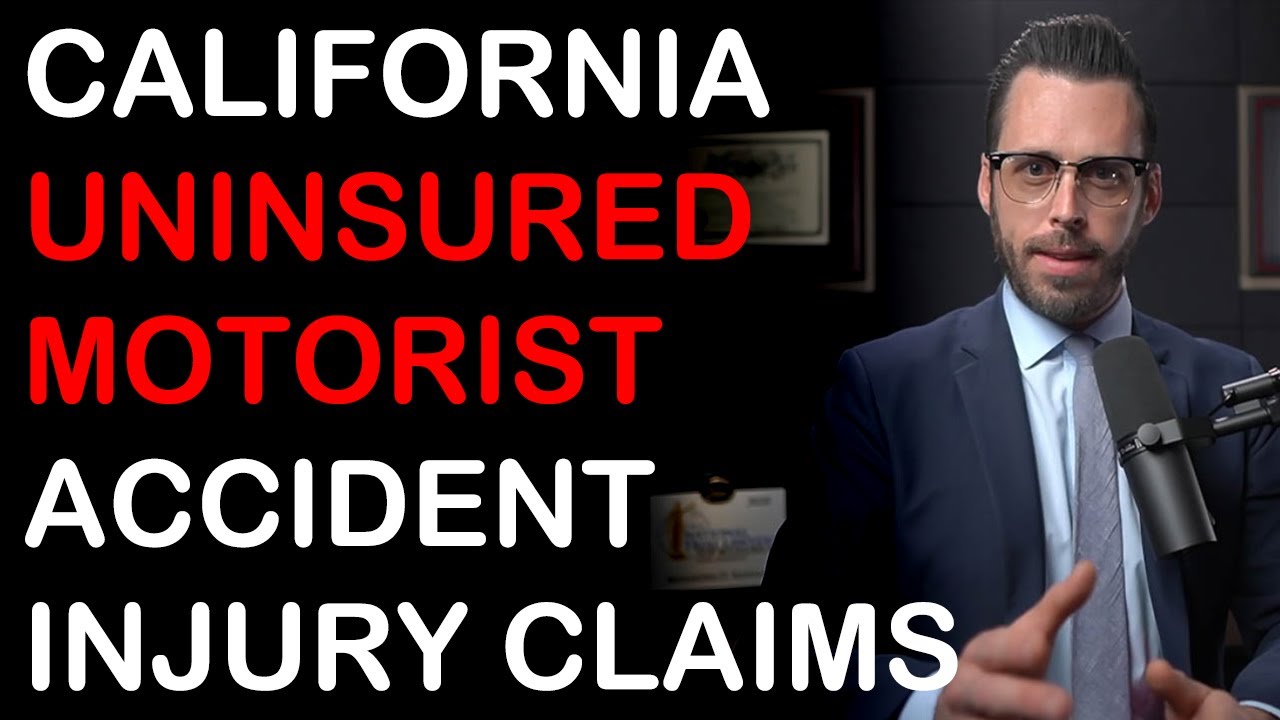 Have you been hurt in an automobile accident? You should know your rights under California law! In this article you will learn more about how uninsured motorist accident claims work. - Alexander D. Napolin, Esq. When someone is hurt in a car accident and has uninsured coverage, they may put in a claim against their own insurance policy up to the coverage they purchased. If the person who caused the accident has no insurance, then the victim's own policy claim may pay up to the policy limit to cover bodily injury damages. In other scenarios, the person who caused the accident might not have enough liability insurance to pay for all the damages they created. UMBI in these scenarios acts as underinsured coverage. In other words, the victim's own policy may pay additional amounts for damages above the other parties maximum insurance liability. In both situations, the hurt policyholder must prove to their own company the underlying facts giving rise to their claim right. Many people retain the legal services of personal injury attorneys to help gather and prove up the value of their case to their own carrier.  This is because personal injury law firms have the knowledge and resources needed to extract money. Without a lawyer on their side, injury victim's are left to their own devices to prove their case to their own insurance. This can be a difficult task and does not always work out for the victim despite obvious facts.

The policyholder must show that there is nothing on the other side to pay for provable bodily injury loss. This can be done by showing their own carrier a letter of no coverage from the defendant's carrier. It can also be shown where there is a hit and run incident and the person who causes the accident gets away without being caught by police. In any event, the adjuster will perform their own investigation and make a finding of no insurance where none exists.

The policyholder must show that they have collected the maximum amount of liability available from the opposing side and settled out their claim. Then they must also show that their damages exceed the amount collected. Upon a showing, the adjuster decides whether to pay the excess or not. Where there is a refusal to pay, arbitration must be invoked to resolve the dispute. It must be elected within the terms of the policy within the statute of limitations period, which is generally 2 years from the date of loss.

There's no doubt in my mind that should you need an attorney because you got hurt on the job you should definitely speak with Alex he will listen to everything you have to say and make sure that whatever is in your best interest he will make sure it is clear for you to decide. He backed me up all the way and I ended up getting all of the medical treatment that I needed. And more money than I ever expected!

I don't do many reviews, but I must make a statement about the Napolin Law Firm. I called many other firms and no one would speak with me about my daughter's case. My step daughter recently sustained multiple injuries from a careless and inexperienced motorist. Ultimately, it became a life changing event. I was surprised and delighted that the Napolin attorneys were immediately attentive to my daughter.

Alex is a very able and competent lawyer who looks after client's interest. He returns phone calls and emails in a timely fashion and at times within hours but not days. He took our case all the way to trial against an out of state insurer and we are very satisfied with the handling of our case.