Home » Accident and Injuries » What is Abatement of Security Premises Liability Abatement of Security Premises Liability – So exactly what is abatement of security and how could it play into your premises security case? If you Google this unusual term you will come up with nothing. When it was raised by a very capable attorney in one of my negligent security case assignments I found out that it was a very novel term that accurately describes the unfortunate downgrading of once reasonable security by hospitality industry defendants who “cut corners” on protection offered to their lawful business customers and guests.

Perhaps a review of a case involving a brutal physical attack on a Florida based counsel, and his wife and young daughter, in an Atlantic City casino hotel by thugs hired as security guards by the world’s largest casino company will shed some light on the topic. The most precise and accurate civil complaint that has ever seen raised this charge against the defendants in a comprehensive filing. The 179-page complaint described it to perfection. Simply put, “abatement of security” means that the defendants once had reasonable security but abandoned it “to save a buck.” (Binns v Harrah’s)

Sad to say, this “penny wise, pound foolish” practice is widespread and pervasive in the hospitality industry. Many owners and operators have become more interested in margins and profits than the safety of their guests. Budgets for security and surveillance are viewed as an expense line item affecting the bottom line. At one time it was an industry standard to expend between two and three percent of revenues for this vital protection. Unfortunately, greed, margins, profits, and resultant executive bonuses won out over time and once reasonable security fell victim to the axes of corporate “bean-counters.” Today, some multi-billion dollar entertainment conglomerates expend less than one percent to protect what should have been their valued guests.

Trained, experienced, security pros do not work for “peanuts” or a yellow T-shirt with “Security Staff” emblazoned on its back. Thus, abatement of security becomes the order of the day when short-sighted owners and operators cut, cut and cut some more when it comes to security. Many would rather take the risk of bad publicity and lawsuits than pay what they should for vital security protection, even in this day and time of international terrorism.

Avaricious defendants often replace more costly professional security personnel with cheaper, low-paid, inexperienced young thugs, and general misfits, to provide for the security of guests, usually with disastrous results. What follows are several of my excessive force cases against the largest casino in Atlantic City operated by the largest casino company in the world.

Just as the attack on attorney Binns and family was perpetrated by “security”, other beating victims of included a two-time Super Bowl winner and defensive captain of the NY Giant’s NFL team. (Maric v Casillas) (Note: You can review videos of both attacks and many others online by Google’ing “Harrah’s security attacks”)

In Oak’s v Harrah’s, the lawsuit sets forth several reasons for the decline of Harrah’s security:

Thus, “Abatement of Security” went to the heart of all these premises security cases and was the proximate cause of many injuries. The defendants “saved” some bucks up front, but their guests paid a heavy price for their abatement of security.

Unfortunately, there is a trend that far too many of those engaged in the hospitality business often “cut corners” when it comes to providing professional security to protect their vulnerable guests. The only sure way to change this dangerous trend is to provide object lessons to those owners and managements who have engaged in “Abatement of Security”. Assessment of punitive damages will force defendant companies to provide adequate security for their lawful business guests in the leisure industry.

It is clear that abatement of security by managements is not sensitive to public safety. The public remains at greater risk than ever before. The only certain way to change this dangerous trend is to provide severe object lessons to those managements who practice “abatement of security”. That way is for plaintiff’s counsel to force defendant companies, via solid lawsuits, to perform risk assessments and provide more adequate security and more reasonable security measures for the protection of their lawful business guests.

Aside from compensation for injured victims, the general public will be protected if by force of large civil awards and penalties defendants expend the appropriate financial resources to ensure that more reasonable safety and security measures are taken in their dangerous premises. Only when the force of such evidence results in substantial verdicts will these changes occur. It remains all about the money. 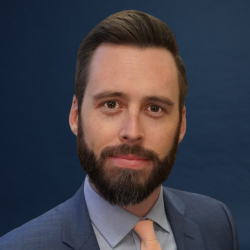 Latest posts by Alexander D. Napolin, Esq. (see all)
Posted in Accident and Injuries
← Top 4 Hidden Injuries Following A Car CrashThree Steps For Those Injured In A Motorcycle Accident →