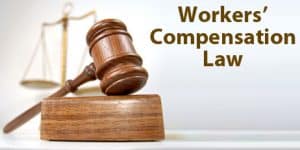 Eligibility Requirements For California Workers Compensation – The law requires that companies hold industrial injury insurance for every single employee. The law applies to all employers who operate within California, no matter how small. It includes companies with even one individual. Some companies may qualify to maintain self-insurance under strict circumstances so long as it covers all legally mandated benefits. Therefore, you need only be employed within California to meet legal eligibility for workers' compensation. Very few exceptions exist and they apply depending upon specific circumstances. Eligibility questions should always be directed to a licensed work injury attorney for further guidance on the subject.

For the purposes of coverage, an individual is an employee once an employment relationship arises. You are one if you provide service to another party for pay, unless you are an independent contractor. It does not matter whether you are appointed, hired through a contract, or are working as an apprentice. It also does not matter whether you are legally or illegally employed. Accordingly, undocumented workers are also considered eligible. An employment relationship can arise by words or by a writing, or it can be implied by actions. Furthermore, there is no requirement that the person be paid through payroll to qualify.

The term employee for workers' compensation purposes is broadly defined and there are many types. Learning what type you are helps identify your rights. The following relationships are able to recover benefits in the case of a sustained injury in the industrial setting.

Under appointment: These include all those elected and appointed paid public officers. Even if the public official does not receive a fixed salary, he/she is still considered under appointment. Although this type generally refers to government officials, an individual does not in fact need to be appointed as a government official to be considered under appointment. If the service is public and through appointment of a public entity, the person is deemed an employee of the appointing county, district, city, or other municipal entity.

Under apprenticeship: The term apprenticeship refers to the program that is put in place to teach and train persons a certain trade. The objective of the program is to encourage people into joining the skilled workforce. The apprentices (those being trained) get paid for learning the job through engaging in doing it. Although their salaries are relatively small, they increase as they develop more skills. Sometimes, apprentices take supplemental classes to increase their knowledge and skill set for the job they will be performing. Hence, for workers’ compensation purposes, any person rendering services to an employer under apprenticeship is an employee. 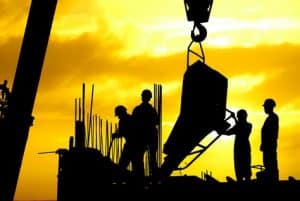 Under contract: This is the most traditional and common way of employment. In order to show it, contract does not have to be physical. It can be expressed or applied, oral or written. A contract is defined as a contract by which one engages another to do something for the benefit of the employer or a third party. However, there are rules for these contracts:

In Service: In basic terms, the service must not be gratuitous for there to be an employment relationship and legibility to recover benefits, even in cases where no control was present.

In many instances, the company fails to follow proper procedure in initiating the claims process. In other instances, the insurance company refuses to provide the appropriate benefits. Sometimes rightful claims are outright denied. If you have been hurt on the job and need guidance on what to do next, contact The Napolin Law Firm. Our job accident lawyers provides a free consultation to Southern Californians who have sustained industrial injury.