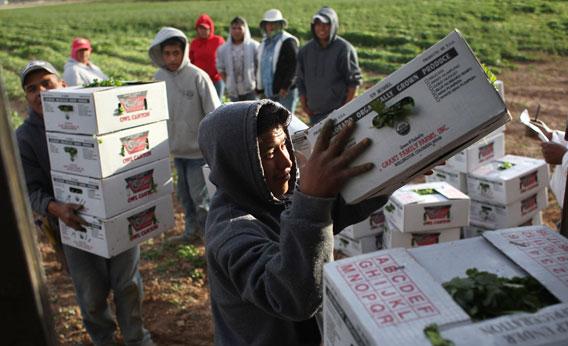 Undocumented California Workers Compensation Legal Rights Allow Claiming Industrial Injury Compensation and Medical Benefits. Illegal immigration, particularly from Mexico, has been an issue in the United States for many years now. With a changing executive and a changing legislature, the governments stance on immigration policy fluctuates from hostile to ambivalent. To date, immigrants continue to arrive on American soil illegally in California.  Currently, those illegal immigrants are considered human beings entitled to the same basic rights under the workers’ compensation laws of California as those who arrive legally. 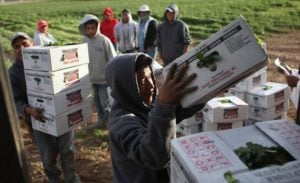 California Undocumented Workers In the Fields

California has the largest number of undocumented immigrants of any state in the country. This is perhaps due to the close proximity to Mexico, and Central and South America. It is estimated that about 11 million undocumented immigrants currently live across the nation. A quarter of that statistic reside in California (approximately 2.67 million). Furthermore, undocumented immigrants in California make about 6% of the total state population and 10% of the labor force, according to the Public Policy Institute of California). These workers therefore play a significant role in the state workforce and economy. Due to the significant role that immigrants play in California, California has became one of the few states to grant full rights to all workers regardless of their immigration status. Allowing employers to avoid providing workers’ compensation insurance to undocumented laborers would encourage the hiring of illegal immigrants for labor exploitation. Therefore, providing industrial accident insurance to undocumented workers is not only smart to discourage the hiring of illegals, it is the only way to enforce humane treatment of the State’s labor force.

The Department of Industrial Relations Requires Basic Rights For Illegals

Employees without papers are still entitled the following rights according to the California Department of Industrial Relations (or DIR for short):

Given the department’s enforcement practices in regards to undocumented workers, it asserts that it will not question workers about their immigration status. Therefore, the department is committed to: 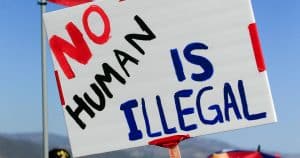 In California, undocumented immigrants are expressly included in the workers compensation statutes. It is a humane responsibility to recover the damages sustained by a working individual who helps provide goods and services to the rest of the population. Accidents in the workplace where injuries may occur do not solely affect lawful workers. Undocumented workers who make up about 10% of the total California workforce are also likely to be injured at work. Therefore, the California State appeals court ruled that undocumented workers have full entitlement to workers compensation.

The State of California protects all of its workers, regardless of whether they obtained their employment legally or not. Such state policy encourages legal employment and more importantly discourages discrimination, abuse and taking advantage of undocumented individuals. 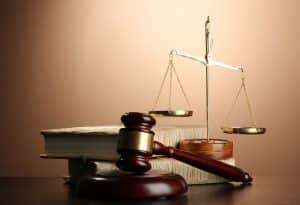 Undocumented California Workers Compensation Legal Rights are consistently violated each day throughout the state of California. These illegal;y hired employees are particularly susceptible to abuse by employers because they are concerned about their ability to stay in this country and are precluded from other social welfare benefits. Many may not know much of the English language. Fortunately, The Napolin Law Firm exists to help all undocumented people facing injury at work. If you are without a valid social security number and have been injured on the job, we are here to help you fight for your rights and protect you and your family. Do not hesitate to call us for immediate attorney help on any workers’ compensation matter or work related injury at your employer. We help protect documented and Undocumented California Workers Compensation Legal Rights. Calling 909-325-6032 starts the process of protecting your Undocumented California Workers Compensation Legal Rights, your health and your family. Do not hesitate, we are here to help.