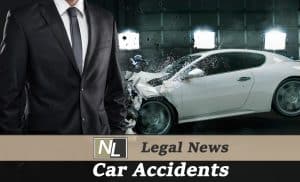 Santa Ana Fairview Street Accident Leaves Bicyclist Seriously Injured – A bicyclist became the victim of a hit and run on the Santa Ana streets Thursday night. The identity of the bicyclist has not yet been released, but early reports from traffic accident investigators with the Santa Ana Police Department reveal that the victim was a man. The bicycle vs car accident victim was riding his bike on Fairview Street in Santa Ana, California, near 17th Street when he was struck.

The hit-and-run crash left the bicyclist with serious injuries, and he was transported by ambulance to a local Orange County Trauma Center.  According to police, there were two motorists involved in the bike crash. Witnesses on the scene told Santa Ana Police that there was a black sedan and a white pick-up truck which appeared to have been racing on Fairview Street just before one of the vehicles struck the man on the bike. The crash that resulted in serious injuries happened at 9:45 p.m.

Both vehicles involved in the collision fled the scene after the bicyclist was hit. Santa Ana Police were looking for the two motorists, and a few hours later, the driver of the truck turned himself in to the police. The driver is 20 year old Christopher Rosalino Carrasco from Garden Grove. He was arrested on felony charges of hit-and-run. His bail is $50,000 and is scheduled to be arraigned on Monday morning.

Bicycle accident injury attorney Alexander D. Napolin, Esq. of The Napolin Law Firm in Orange County, California recently won the entire policy limits amount for a bicyclist who was hit by a car while riding on the sidewalk ($5 MILLION). The bicyclist sustained only minor injuries, yet The Napolin Law Firm got him the maximum amount available from the insurance carrier of the drivers policy. The accident lawyers at The Napolin Law Firm are committed to helping their car accident injury victims by aggressively fighting the insurance company to get the most money for their injuries suffered in an accident.  Call the lawyers at (714)451-2006 if you or a family member were in an accident.