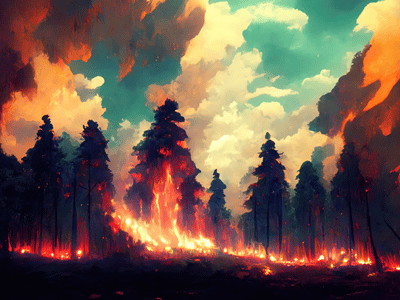 The Hemet Fairview Fire: Do Victims Have A Case Against SCE?

In light of the recent wildfires in California, many are wondering how these fires started and what could have been done to prevent them. An Edison spokesperson has said that there was “circuit activity” before the fires began, but what does that mean? And more importantly, what are Edison's plans to address this problem?

Edison is a large utility company with a history dating back over 100 years. They provide power to millions of people across the United States, with their largest subsidiary being Southern California Edison. The wildfire raging across the region near Hemet has already covered over 27,000 acres of land, and authorities are rushing to both pinpoint the cause as well as control the blaze.

What Edison Has Said So Far 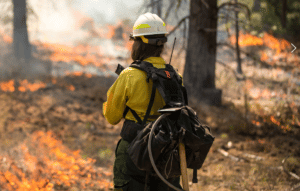 Southern California Edison filed a report several hours after the fire initially started, which might provide strong evidence that the infrastructure of the utility company accidentally started the fire. One of Edison's spokespeople has also come out and said that the information Edison has reflects “circuit activity” occurring close to the time when the fire was reported. Experts say that the term “circuit activity” typically refers to an electrical arcing event, which is something that can happen when a power pole comes into contact with another piece of equipment. These events are very, very hot, and have a high probability of starting fires when they occur. Edison has not outright confirmed whether or not this is what caused the Fairview Fire, but given the circumstances it seems to be the most likely scenario.

The Scope of the Fire

So far, the Fairview fire has swept over just over 27,000 acres of land, and has caused dozens of evacuation orders to be instated all around Riverside County. Many roads near the fire have been closed as well. 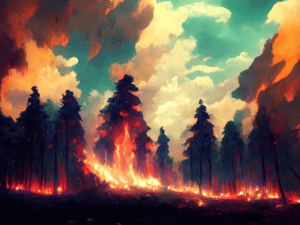 The Hemet Fairview Fire: Do Victims Have A Case Against SCE

Tragically, there has been much destruction, damage, and harm caused by the fires. 11 structures, spanning across residential, commercial, and others, have been completely destroyed, and 3 more have been damaged. There have also been two fatalities so far, and one other injury. Furthermore, many impacted by the fire have been left in positions where they do not have access to their homes and belongings, which can be highly distressing.

For individuals who have been negatively impacted by the fire, legal action against Edison might be something to consider. Depending on what information the ongoing investigations find, Edison could be held liable for the damages caused by the fire. If you or someone you know has been affected by the Fairview fire, reach out to an attorney today to discuss your legal options. The bottom of this article has resources and details available to you.

When there is a fault on Edison's power lines, their computer system is able to detect it and report on where exactly the fault happened. Edison is currently using this system to investigate the Fairview fire, and determine whether or not their equipment was at fault. Edison has also said that they will work with any impacted parties to help them through this difficult time.

Edison has also announced that they will be working to cover any “bare wires” that might be exposed. This is something that Edison has been working on for many years, and is part of their larger wildfire prevention efforts. They aim to have 6,500 miles of power lines covered and safer by 2024.

If you or someone you know has suffered a serious burn injury or death in your family due to the Fairview fire, you may be entitled to compensation. Napolin Law APC represents those catastrophically injured throughout California. We will help you present your claims and fight for compensation for:

You Might Have A Case Against Southern California Edison

If you own a home or business and have lost property or experienced lost income due to the fires, Napolin Law is here to discuss your rights and legal claims for recovery. Mr. Napolin does not charge of his consultations and should you elect to retain his firm to represent you, he will do so under a contingent fee arrangement, meaning you would not pay any attorney’s fees, court costs, or litigation expenses out of pocket. Instead, our fees and costs would be recovered only as a portion of any favorable settlement or judgment on your behalf.