“Son Of Celebrity” And One Other Injured In Luxury Vehicle Collision 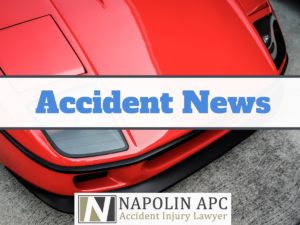 The crash occurred in the area of Sunset Boulevard and North Canon Drive. The two vehicles involved, a Ferrari and a Tesla were badly damaged. The cause of the crash is still being investigated.

Emergency vehicles arrived at the scene of the collision at approximately 12:09 A.M.. Both drivers sustained injuries, the exact extent of which are unclear.

An arrest was made at the scene soon after, a spokesperson for the Beverly Hills Police Department reported. The reason for the arrest has not yet been made public.

Bystanders who witnessed the collision claim that the driver of the Ferrari is the son of a celebrity. However, police have not revealed the identities of any of the drivers.

Police are currently not anticipating any new information about the collision to come forth, so no contact prompt has been stated by the department.