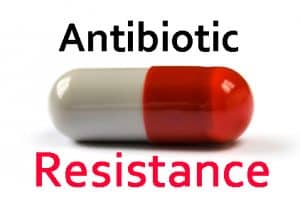 Resistant Infection Found in Toddler 6 Months After Anaheim Pulpotomies – A 3 year old boy was diagnosed on Friday with a life threatening mycobacterial infection that has spread to his jaw bone. The boy was treated at The Children’s Dental Group located at 2156 E. Lincoln Avenue in Anaheim, California in May and July 2016. The child was taken to the dentist by his mother for a routine check up, and was initially told that he had 8 cavities that just needed fillings. His mother was told by the dental assistant that they could fill the cavities “right now”, and pressured his mother to sign a release to allow for the treatment. They then made the boy drink something that contained a powerful sedative and took the child into the back for the treatment. They did not allow his mother to accompany the child.

A few minutes later, a staff member went into the waiting room and instructed mom that “the problem is deeper than we thought, and he needs a crown.” The boy’s mother questioned the sudden change in diagnosis, but the CDG staff member pressured the mother again, since the child was “already anesthetized, it should be done right now.” Later, the boy was delivered to his mother in a stroller in a hysterical state. The boy was drenched in sweat, shaking, crying and screaming uncontrollably. She found out that her child was strapped down in the straight- jacket device called a “hugging blanket.”

It wasn’t until October, five months later, that the child’s mother learned that her 3 year old boy had been subjected to several pulpotomies, or baby root canals, which she never authorized. Now, a full 6 months after the unauthorized treatment done by the Children’s Dental Group, the boy has been diagnosed with the infection from the resistant strain of mycobacterium abscesses.

Accident Injury Lawyer serving Anaheim, California has filed several lawsuits on behalf of children and their parents who were unnecessarily treated at Children’s Dental Group in Anaheim, California after they were diagnosed with the mycrobacteria infection, caused by the dirty water system of the dental office. During their initial investigation, the lawyers learned of a high volume, high profit scheme designed by the dental group to abuse the Medi-cal insurance benefits of low income children. The children were forced to undergo unnecessary expensive dental procedures, including multiple pulpotomies (baby root canals), baby teeth extractions, stainless steel caps and fillings which have many times led to surgery to remove the bacteria infected teeth.

According to initial reports, more than 500 children were exposed to the bacteria filled water during the months of March through August of 2016.  These children had unnecessary root canals after being told by the dentist or a dental assistant that it was an urgent medical need. The bacteria remained inside the tooth, which grew to attack the tooth, gums and bone.  High doses of strong antibiotics, which is used to treat leprosy, are being used to treat the infected children.

Parents of Resistant Infection Found in Toddler 6 Months After Anaheim Pulpotomies who were treated at The Children’s Dental Group, located at 2156 East Lincoln Avenue in Anaheim, are encouraged to seek legal representation from Anaheim Accident Injury Lawyer, California. Mr. Napolin is in Orange County, (714)451-2006.