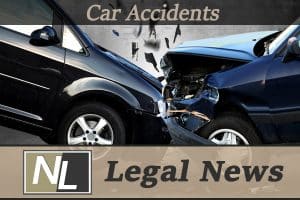 Fatal July 1 2017 Irvine California Car Accident Update – Update to the deadly car crash from July 1, 2017- a third passenger has died from bodily injuries sustained in the fiery Irvine fatal car accident that killed Kesean Herrera and Jeremy Shankling of Irvine and Los Angeles. Sadly, it has been revealed that London Thibodeaux was just 19 years old and succumbed to her injuries on Wednesday, according to the Irvine Police Department.

There were also two girls in the Hyundai, taken by ambulance to Orange County Hospitals. The girls were Thibodeaux and Chanelle Haywood, who remains hospitalized in serious condition.

The two young men who were killed were beloved local residents, 23 and 24 year old UCI graduates who both worked as software engineers. They were described as having bright futures as software engineers who worked for the Orange County District Attorney’s Office. Friends and family held a candlelight vigil last Sunday night at the scene of the tragic crash, and hundreds were in attendance.

Traffic accident investigators are still investigating the cause of the accident. The major damage sustained to both vehicles, and the lack of witnesses present a problem in the car accident investigation. If anyone has information, they are asked to call the Irvine Police Department Detective J. Cherney.

The accident injury attorneys at The Napolin Law Firm extend condolences to the victims and their families as they recover and mourn from the car accident deaths and serious bodily injuries suffered in this fatal car collision. The Orange County personal injury law firm represents victims who have been hurt or killed, and the parents and families, in these types of tragic automobile collisions. Any questions can be referred to Alexander D. Napolin Attorney at Law by calling the law office at (714)451-2006.