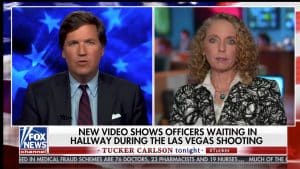 Released Route 91 Video Shows MGM Standing By During Shooting - Recently released Las Vegas Shooting video footage with Tucker Carlson. Napolin Accident Injury Lawyer has been involved in all of the major legal developments since the horrific shooting at the MGM property on October 1, 2017. Further legal action is imminent and is aimed at furthering the civil investigation to uncover everything surrounding the incident.

It is believed that the legal discovery tools available to Napolin in connection with the civil action against MGM will help us piece together exactly what happened and how. Individual lawsuits have been/are being filed on behalf of those injured in this mass shooting event. Anyone injured or present at the event has a potential claim and rights in court. Our firm available to help survivors looking to support the group by joining in the legal fight for answers.

At this date, most survivors have obtained attorney representation. Some survivors remain unrepresented. It is important for all survivors to stand behind each other in a united front to find out what happened and how it happened. Napolin APC in conjunction with Robinson Calcagnie are the attorneys with the resources necessary to win this fight.

If you or a loved one is unrepresented and decides to join the fight, join Napolin. The Firm can be reached by calling 844-984-4878 and is available to take your case confidentially. Anyone who attended the Route 91 Harvest Festival and was present during the shooting has a potential claim.