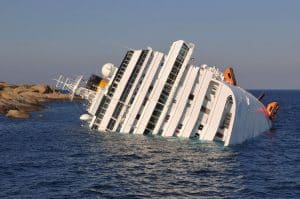 Cruise ships or ocean liners are a way for many people to spend vacation time or travel the world. Unfortunately, passengers can sustain a number of injuries while on the cruise. Similarly, crewmembers working to provide the best services for their passengers can also be injured on the job. A cruise ship accident is often very complex due to the different laws that may apply. Ocean liners operate on water and therefore legalities are governed by a number of laws and regulations including all the different state laws, law of the seas and environmental regulations. Therefore, handling an injury case occurring while at sea is much more complicated than handling other injury claims that clearly fall within state jurisdiction.

One of the biggest areas of cruise ship law is personal injury. Handling a personal injury claim for an accident sustained on a ocean liner is similar to that on land. However, the fact that these accidents may take place on international waters where agreements and laws do not apply to the claim, requires analysis of another layer of legal complexity. Different laws may apply depending upon where the incident occurs on the trip itself. Therefore, it is usually absolutely necessary to seek legal advice from a lawyer with specific knowledge of several types of laws relating to the seas, ports and international waters.

The first level of analysis when dealing with a personal injury while on a boat is to determine the law that applies to that particular claim/lawsuit. The inquiry is extremely fact specific. In some instances dispute may arise over which law applies to a particular personal injury scenario. On the large however, ocean liner companies require each passenger to sign a contract with a choice of law provision that dictates where a suit must be followed and what laws apply to the relationship. Generally speaking, several laws could apply in the absence of a contract to the contrary or if the contract is void or not applicable. These include:

As you can see, it is a complicated legal analysis that potentially requires contract review and case specific analysis to determine what law applies to a personal injury claim while on a boat in port, at sea and in international waters. Again, it is reiterated the importance of seeking attorney advice on how to proceed if you or a family member is injured or killed in an accident while on a cruise ship. If you have sustained any of the following injuries of varying harmful nature, be sure to contact a lawyer as soon as possible to discuss the best course of action. Common types of injuries sustained by passengers include but are not limited to:

Occasionally an entire boat or ocean liner will catch fire and/or sink. Those passengers aboard are subjected to the trauma while trapped on the liner and possibly injuries sustained while trying to save their lives and the lives of others. If you or a family member has died or escaped a major catastrophic cruise ship fire or sinking incident, call The Napolin Law Firm for immediate support and legal remedy assistance. 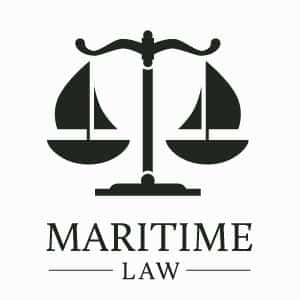 As previously mentioned, companies protect their interests with contractual provisions that can override default choice of law and jurisdiction analysis. Read the contract before you go on that boat! Here are common ways companies use contracts to protect themselves from lawsuits from their clientele.

How to Proceed in the Face of Cruise Ship Injury

If you were a passenger on a cruise ship, the first thing you will have to do is figure out which law applies to your case. However, a number of cruise lines pre-select their laws and venues to apply to any accident that may occur on board. Therefore, contact an attorney to help with this analysis. But if you were a crewmember, your likelihood to be injured on the cruise is much bigger than the likelihood of passengers being hurt. The US government issues a statute that protects crewmembers and assure their compensation for injuries sustained on the cruise. The federal statute is called the Jones Act, 46 U.S.C 30104. However, this statute is complex and strictly constructed which makes injury cases difficult to prosecute. There are other laws that pertain to injury claims sustained by crewmembers such as the maritime laws. But maritime laws usually favor ship owners over crewmembers making prosecuting such cases more challenging. Seek the help of a maritime workers' compensation law firm.

The Napolin Law Firm has extensive legal resources to prosecute all types of accident injury cases. This includes the knowledge necessary to represent you or your family for a loved one's death or serious injury while at sea or in port. If you need help, we are here to help you with guidance on what to do next after a horrible incident.

Talk to a personal injury attorney today by contacting our offices at 909.325.6032. Free consultations for victims of injury at sea are available with our firm over the phone or in person. Do you need to speak directly to an attorney today? Do not settle for wait time or non-attorney advice from certain Los Angeles firms. Our firm is here serving Orange County, San Bernardino County and San Gabriel Valley areas. Obtain representation from a local law firm with big firm power and resources. 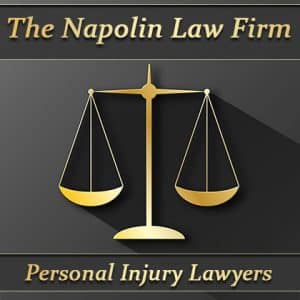 Next Steps to Hire a Cruise Ship Accident Law Firm

Have you been hurt on a boat? Has your family experienced the loss of a loved on while at sea? Learn more about our firm and how we help victims of injury. 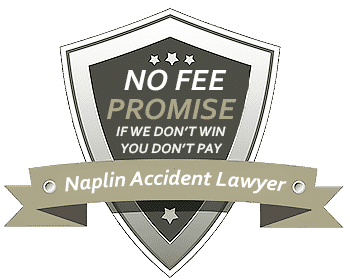