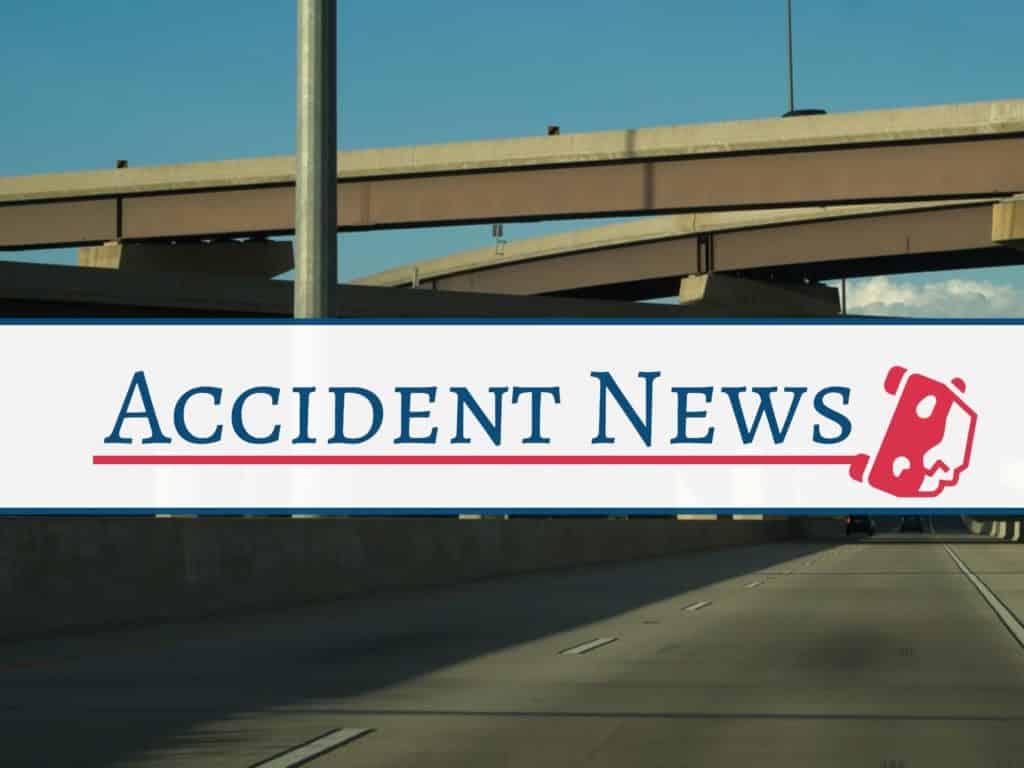 Man In Critical Condition After Driving Vehicle Off Overpass 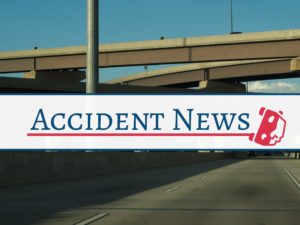 Man In Critical Condition After Driving Vehicle Off Overpass

LOS ANGELES, CA [Jan. 22, 2021] – Many of the circumstances regarding the incident are still unclear. All that is currently known was derived from footage taken from a dashcam on a nearby vehicle and subsequent police reports.

The crash occurred at approximately 11:00 PM, Thursday, on the 110 Freeway near the Sixth Street overpass in Downtown Los Angeles.

The footage shows a vehicle suddenly collide with the side-barrier of an overpass just a few feet ahead.

The collision did not seem to stop or slow the vehicle which was presumably traveling at very high speeds, instead sending up a stream of sparks before another collision appeared to have ruptured the barrier, allowing the car to pass through.

The vehicle then careened over the side of the overpass and fell front-first into a nearby tree-lined hill. This final collision caused the car to flip and bounce a few times before resting front-down amongst the trees.

At this point the footage shows the driver of the car with the dashcam attempting to pull over to render aid. According to the driver, Los Angeles resident Fernando Salazar, the crashed vehicle was a Mercedes-Benz and it was severely damaged and beginning to catch fire by the time he approached it.

Salazar found a man inside who seemed to be trapped by the crumpled body of the car or by a broken seatbelt. “It started catching on fire right away,” said Salazar, “I was trying to pull him out. The guy was really tied down. He had his seatbelt on. He was trapped inside, it was hard to get him out.”

Eventually after some time struggling to pull the man out of his burning vehicle, firefighters arrived and rendered aid. Quickly after the arrival of emergency responders, the man was removed and the flames from the collision extinguished. The man was then immediately taken to a nearby hospital where he is currently being treated for his injuries.

Margaret Stewart of the Los Angeles Fire Department stated that the man is in critical condition with severe burn and several other injuries that have not been disclosed at this time.

Officers from the Los Angeles Police Department are yet to determine if this accident was caused by another driver or the injured-man himself. It is still unclear whether drugs, alcohol or illegal street racing were involved.

If you or someone you know was involved in a high-speed auto accident, you should call our office as soon as possible. In these cases, time can be sensitive. You will need to get medical treatment which is important for your health and your case. We give everyone who calls us an opportunity for a free consultation. In this meeting, we explain your case, your legal rights and your options. We highly encourage you to pursue your legal rights by calling us today.