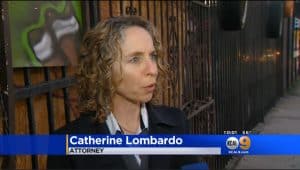 Hit-And-Run Leaves Uber Driver Dead Early Saturday Morning – Folesha Parker-Iverson, a 52 year old mother of 2 daughters from Fontana, was killed in a horrific hit-and-run car crash early Saturday morning. The crash happened at 3:36 a.m. on Martin Luther King, Jr. Blvd and Arlington Avenue in South Los Angeles, California. The woman was an Uber driver and was killed instantly during the collision. She had a passenger who was critically injured and was transported by ambulance to a local trauma hospital. The driver at fault jumped out of his car and fled the scene on foot, along with his passenger. The Los Angeles Police Department South Traffic Division investigators arrested the driver on Saturday afternoon, but are still hunting for the passenger.

The deceased was driving a black Honda Accord, and the fleeing suspect was driving a silver Infinity sedan when he ran a red light northbound on Arlington Avenue. Surveillance video caught the accident on tape, and clearly shows the deadly impact after the Infinity blew the red signal.

LAPD traffic accident investigators, along with the victim’s lawyers, are asking witnesses to come forward with any information about what they saw. An investigator with The Napolin Law Firm spoke with a witness shortly after the accident who said that he saw the collision while he was waiting for the bus, and watched as the two men climbed out of the mangles Infinity and ran away from the deadly scene of the accident.

The Uber driver who was killed worked at night driving for Uber and Lift to supplement her income as an A.B. Miller Fontana high school counselor technician, where she worked for 15 years. The ride-share motorist leaves behind a grieving family. Funeral arrangement are in progress.

Napolin Accident Injury Lawyer is investigating this fatal traffic accident for the family of the victim. The Napolin Law Firm is Wrongful Death and Serious Uber Driver Injury Law Firm, and handles all insurance details and seeks just compensation for the family. Napolin has in-house investigators who rush to the scene of an accident immediately, proving that their client deserves compensation. Napolin Accident Injury Lawyer can be reached in Los Angeles, California at (844) 984-4878.